Laurie’s new Weather stone outside Dow’s bait shop. Truly a technological miracle. According to Laurie several fisherman have found it to be helpful to determine what the current weather is. (Don’t laugh) 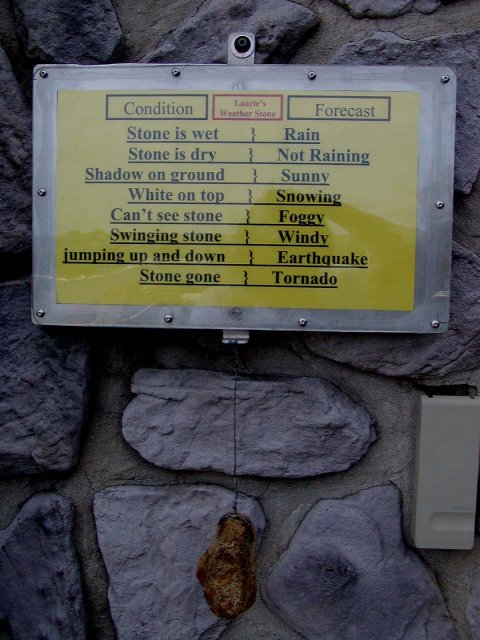 When is the lake lowered in the fall and raised in the spring?
Both the 26 inch annual drawdown and the 60 inch (five foot) drawdown dates will vary depending on the water level. See the Lake Hopatcong Water Level Management Plan 2011 for dates.
The 26 inch annual drawdown usually begins on or after November 12 except when the 60 inch drawdown occurs every fifth year. Starting in late winter or early spring, depending on when the ice breaks away from the docks, rainfall is allowed to raise the lake level.
The 60 inch (five foot) drawdown is scheduled every five years and begins on or after September 22. During the 60 inch drawdown from December through February, when ice conditions permit, the lake is allowed to rise but not higher than the 26 inches below the spillway elevation. The next 60 inch drawdown is scheduled for September 2023 (last began Sept. 2018).